Fitbit Ionic Watch : I really want to like it 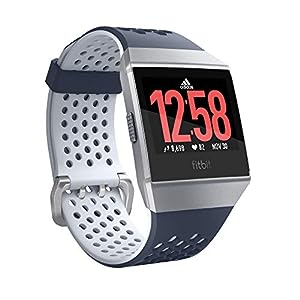 Battery, battery, batteryi don’t understand why this smart watch is being compared to apple watch 3. Every article about this is either “is this the apple watch killer” or “more fitness tracker than smartwatch” the comparison to the third generation of apple watch is just odd, this is the first real smartwatch that fitbit has done, yet it’s being compared to a device that has had three years of refinement and developmentthe general comments seem to be based around if the ionic is smart enough to be considered a smartwatch, comparing features to the apple watch 3. For me its simple, a smart watch is smart, when it has built-in gps, card payments, can store music and works with bluetooth headphones – the basics that mean i don’t have to have my phone with me if i want to head out on a long walk, pay for things and listen to music on the way. Above all else though, a smartwatch is not a smartwatch, when it’s on charge. When it’s on charge, its a piece of metal and chips that have no use. This for me is the fundamental reason that makes the ionic amazing; you can wear it none stop for four days and reap all the benefits that come with that (sleep insights and true resting heart rate data etc. )i think there is a clear line between the 2 devices and users (apple watch & ionic) i have a phone, so i don’t need to send text messages from a 3cm display, i don’t need to access social media or the various other apps that the apple watch has and i don’t need to make calls from my watch like dick tracy, i have a phone. The fitbit community is based on the active lifestyle and the ionic blends into that lifestyle perfectly. If you read an article and they are talking about certain apps or functions that the ionic doesn’t have, just think about the actual day to day use you would get from those apps. When it comes to technology, the companies seem to be on a mission to reduce the size of devices and completely ignore battery life, the inconvenience of which can not be overstated.

Related Article  VOMA Compatible - Very nice bands, We have appreciated have one for daily

If your primary purchase decision is a health/activity tracker, get the fitbit ionic. If you want a smart watch with a bunch of features (that you really will not use), get the apple watch. As a former apple watch user i really love this. First, it looks great (i always thought the apple watch face was too small on my wrist) and the various tracking capabilities are super robust and accurate. The most understated feature is the battery life. I cannot tell you how frustrating having to charge your watch every day is. It also makes other watches useless for my favorite functionality – sleep tracking. Sleep cycle patterns are really insightful is already impacting how long i allocate to sleeping and tracking how slight tweaks to my ‘sleeping experience’ (different pillows, oil diffusers, etc) impacts my light sleep vs deep sleep, etc. Features – no, it does not have all the features or apps of the apple watch. However, i promise you will not use most of them.

I went back and forth between the apple series 3, ionic and garmin, and finally decided on ionic. I have had two garmins in the past and a fitbit charge 2. It came down to fashion or function for me, and i wanted more of a sports watch than anything. I was afraid the ionic would be too big because i have very tiny wrists, but it fits and looks great. I also don’t feel the watch on at night when i sleep like i did my charge 2. Once on, it actually doesn’t look so bulky. I’ve had it for a few days now and it’s everything you’d expect from fitbit. The face is bright and beautiful and i love the different face options you can change to. It’s super comfortable, i don’t feel it at alli am disappointed that i would have to pay 12.

I hemmed and hawed over whether to buy this and replace my blaze which i’d had for less than a year. What pulled me in was the promise of it being waterproof, having longer battery life and the inclusion 3rd party developed watch faces. Here are my impressions:(+) contrary to what you’ve heard in among tech site reviews, the fitbit ionic is not ugly. I think those journalists are basing their conclusions on the standard watch faces, vs apples. Ionic’s standard watch faces are, in my opinion, not very appealing in comparison to the apple’s. However, with the advent of 3rd party developers getting into the mix, i found some quite stunning watch faces. My favorite so far is ‘threads,’ which paints a vertical line for each minute (i’m guessing that it’s a minute). The length and the colors represent the amount of activity you’ve done. In essence, your activity has the ability to render a beautiful array of graphics each hour. (+) battery life is better, but even at the ‘default’ auto setting, i’m getting about 4 day’s max out of each change. 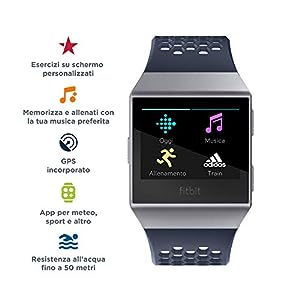 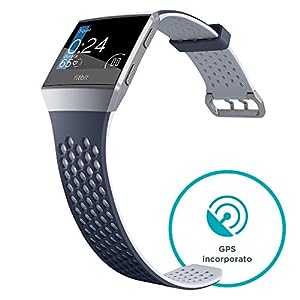 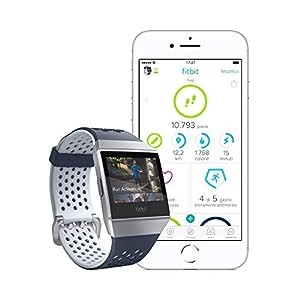 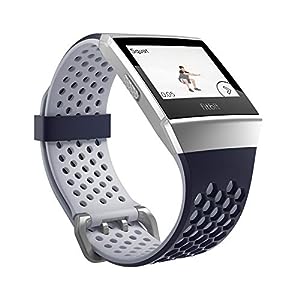